Act Now to Stop the Wars and Defend Our Civil Liberties

The recent disclosure of thousands of top-secret documents by Wikileaks and the Washington Post media project “Top Secret America,” makes one point perfectly clear – the American people need to act now to stop the US military and the growing security state. With hundreds of bases worldwide and the wars in Iraq and Afghanistan, the US military constitutes the greatest threat to peace in the world. Simultaneously, a growing security state threatens to shred any semblance of civil liberties and personal freedom at home and abroad.

The Wikileaks documents that were bravely secured by Bradley Manning and published by Julian Assange reveal a US military operation in Afghanistan that has violated nearly every tenet of international human rights. Presidents George Bush and Barack Obama both openly lied to the American people about the conduct of the military and the status of the wars. The use of CIA-trained death squads, the manipulation of the puppet government of Afghanistan and the consistent use of drone bombers all reveal a war that cannot be won being carried out by a military willing to commit acts of aggression against a defenseless civilian population. These documents prove decisively that the truth is indeed the first casualty of war.

The “Top Secret America” report reveals a growing security state that is as active domestically as it is internationally. This security apparatus constitutes the single greatest threat to civil liberties throughout the world. The post-9/11 US security state is responsible for torture, extraordinary renditions, false imprisonment, racial profiling and covert assassinations. All of this has been done secretly, in the name of the American people.

It is, therefore, the responsibility of the American people themselves to put an end to the military and security apparatus’ ability to operate. Building a mass movement that both demands the end of the current wars and reclaims civil liberties would be a first step in that direction. As democratic socialists, we believe that any non-violent action that seeks to disable or derail the US military machine is a just act.

Such a movement should also push for a permanent end to militarism by calling for an immediate 50% reduction in military spending as well as the closing of all American military bases abroad. The resulting “peace dividend” could be shared between necessary domestic social services and in repairing the global damage done by the US military. Once in motion, such a movement would find widespread support from peace loving people throughout the world. Only then, after the US is well along the road to disarmament, can serious discussions about global peace and reconciliation begin.

Now is the time to summon the courage of Bradley Manning and Julian Assange. To protect them against the repression of the US government. To demand an immediate end to the wars in Afghanistan and Iraq. And, to put our bodies on the line in support of a vision of the future that moves beyond capitalism and the wars it fuels.
***
Check out the Socialist Party USA - http://www.socialistparty-usa.org/
Contact us - natsec@socialistparty-usa.org

Email ThisBlogThis!Share to TwitterShare to FacebookShare to Pinterest
Labels: Peace 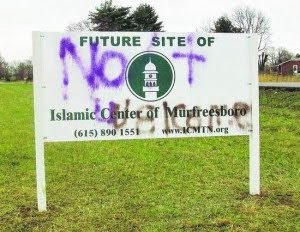 On July 14, reactionaries roused by mega-church leaders and gubernatorial candidates protested the Rutherford County Regional Planning Commission's approval of the Islamic Center's plans to build a mosque with educational and recreational facilities in Murfreesboro, TN.

Middle Tennesseans for Religious Freedom staged a successful counter-rally in solidarity with the Muslim people of Murfreesboro, several of whom have been the target of death threats. The folks in support of religious freedom outnumbered the opposition, largely affiliated with World Outreach Church, and the Commission is so far standing by its decision to allow construction.

The opposition to the Islamic Center has garnered national attention, and the right-wingers have been collecting signatures to present to Commissioners at their next meeting on August 12.

Below is a video clip of Lieutenant Governor and gubernatorial candidate Ron Ramsey speaking at a campaign event in Chattanooga. Starting at 3:06 in the video, the fear and ignorance fueling the opposition is painfully clear in this irrational and racist diatribe against Muslims.

Regardless of the tactics used by powerful mega-churches and right-wing bigots in state government, the people of Middle Tennessee will stand up for religious freedom and not allow the Planning Commission to give in to Islamaphobia on August 12.

watch Daily Show clip on the opposition...
Posted by S. at 11:03 AM No comments:

Anti-war activist Cindy Sheehan will be speaking at the Socialist Party National Organizing Conference August 14-15 in Madison, Wisconsin, along with Paul Buhle (co-author of A People's History of American Empire) and Dan LaBotz (SP candidate for US Senate, Ohio).

From Billy Wharton's interview with Cindy in this week's Socialist Webzine:

It's unbelievable that a city the size of Memphis, Tennessee, with its historical role in the civil rights movement, would be one of the few major U.S. cities that does NOT protect gay, lesbian, bisexual or transgender people from discrimination.

At this Saturday's meeting I'll be previewing my workshop proposal for this year's SPUSA National Organizing Conference.The workshop is titled "Disaster Socialism:Combating Disaster Capitalism Locally and Globally". It focuses on disaster capitalism in the South and then works out to the global situation. It also asks the question "Is Disaster Capitalism set to become the primary impetus for capital accumulation in the 21st century?" Come join us Saturday at 4PM at Caritas Village.

Niall
Posted by Niall at 8:44 PM No comments:

Gulf Coast fishermen and others with lost income claims against BP are outraged by a recent announcement that the $20 billion government-administered claim fund will subtract money they earn by working on the cleanup effort from any future damage claims against BP. This move, according to lawyers in Louisiana working on behalf of Louisiana fishermen and others affected by the BP oil disaster, contradicts an earlier BP statement in which the company promised it would do no such thing. 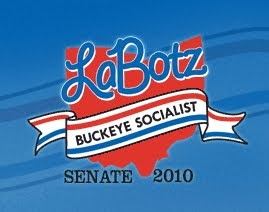 In The Nation's The Beat blog, Socialist Party USA candidates Nicholas Nix (U.S. House of Representatives, Texas) and Dan La Botz (U.S. Senate, Ohio) describe their alternatives to the limited reforms contained in the current version of the financial regulatory reform bill, which is likely to be voted on by the Senate and possibly signed into law in the next couple weeks.

read "Is the Financial Regulation Bill 'Socialist'? Don't Make the Socialists Laugh" in The Nation...
Posted by S. at 12:26 PM No comments:

From Leftists in the U.S. South:

In a move to censor the voices of solidarity and human rights, Facebook shut down the “Free Ricardo Palmera!” page on June 30th, claiming it violates their terms of use. On July 7th, the profiles of the three administrators of that group, Josh Sykes, Angela Denio, and Tom Burke, were disabled by facebook with no reason given.

Join the Facebook group Stop Facebook Assault on Progressive Causes.
Posted by S. at 7:17 AM No comments:

In 2009, the Memphis SP helped to establish and fund a garden at the corner of Merton & Princeton, which has become an open community garden, with planting space and food available to anyone interested fresh produce and organic gardening methods. 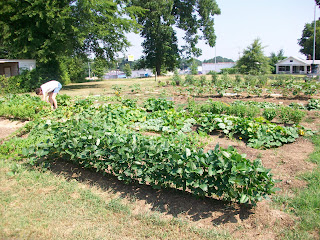 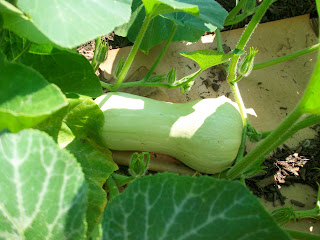 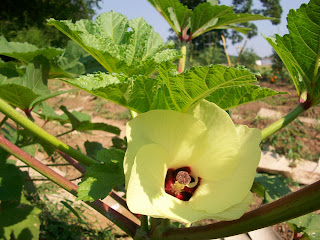 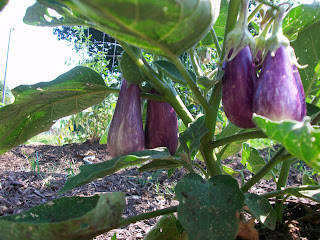 We can always use help from anyone interested in weeding, mowing, mulching, or otherwise tending to the plants. Feel free to stop by anytime to pull a few weeds, and be sure to take some cucumbers, butternut squash and basil! If you would like more information on what you can do to help, please email us at memphissocialist@yahoo.com.
Posted by S. at 12:04 PM No comments:

BP: The Case for Public Ownership -- In These Times

BP: The Case for Public Ownership -- In These Times
Article by SPUSA Co-chair Billy Wharton
Posted by Jim Maynard at 9:55 PM No comments:

Email ThisBlogThis!Share to TwitterShare to FacebookShare to Pinterest
Labels: Capitalism

It’s not the Crimes, It’s Capitalism: The Gulf Oil Spill 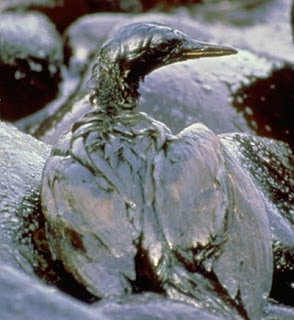 By now, nearly everyone on the planet is aware of the creeping disaster that is the Deepwater Horizon oil spill. Many call the oil spill a crime. People are rightfully outraged and many are calling for criminal prosecution of the British Petroleum Corporation. Many blame the problem on corporations. While it is clear by now that crimes were committed, this is not the issue. The fundamental problem isn’t the crimes. The problem is capitalism.

Even without these tools, this would still be happening under capitalism. Before there were corporations as we know them, labor was mercilessly exploited (often under deadly conditions), poisons were dumped into the waters, forests were mowed down, and the skies were blackened with industrial waste. Corporations don’t destroy people and the environment; capitalism does.

This is because the capitalist system is a continuous race, because the failure to keep up means destruction by the competition. Capitalists are forced to seek every advantage to make a profit. This, not simply greed, is the reason why capitalists are forced to crush unions, slash wages, increase hours, cut corners and lower safety standards. This, not greed, is why the capitalist fights against regulations, and ignores them when he can.

British Petroleum is only one of many corporations that evade basic safety standards. Only a few months ago we saw the deaths of dozens of miners at the Upper Big Branch Mine for the same reasons. On the Deepwater Horizon, eleven workers were killed, seventeen injured. While this disaster never should have occurred, under capitalism, these disasters are inevitable.

The supply of energy in all its forms is held hostage to a system that must put profits above everything. Held hostage by corporations, Congress betrayed the public by capping damages arising from environmental catastrophes. Government regulators are held hostage too by capitalism, betraying the public by looking the other way or even aiding the capitalists.

The Socialist Party USA calls for the immediate socialization of all energy companies and the creation of a publicly owned entity that can meet energy requirements while being operated under community and worker control. These corporations should be transferred to the public sector without compensation. Because of the inherent danger in deep water drilling, the SPUSA calls for the total ban on offshore exploration, drilling, and for immediately phasing out of existing off shore wells.

The United States must reverse its dependence on oil and gas. The SPUSA calls for free mass transit and a massive program to greatly expand light rail in urban areas and build a network of inter-city fast rail. Electrical energy needs should be met through the use of renewable resources such as wind and ocean power.
The oil spill is indicative of the necessary disregard of human life and our environment that is fundamental to the capitalist market economy. Efforts to tinker with this system, attempting to regulate capitalism, are bound to fail. Only the abolition of the for-profit, market system and its replacement with a democratic, socialist society can prevent more catastrophic ecological disasters.
Posted by S. at 4:47 PM No comments: